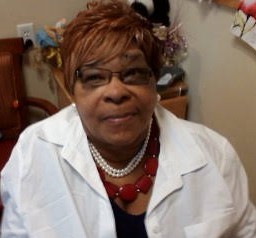 Burnadine Alva Banks Elbert departed her life on March 7, 2019 at Mallard Bay Nursing Home. She was born on March 22, 1942 in Airey’s. She was the daughter of the late Nathan Banks, Sr and Jennie Banks Travers.

Burnadine was a kind and thoughtful person. She liked cooking, traveling and spending time with her children and grandchildren and going to church. She was a strong faithful person and loved everybody. She was educated in the Dorchester County Public Schools system. Burnadine was employed at Bo Gash for a few years, Rob Roy’s for over 20 years, Con Agra in personnel, Ames and her last employment was at Walmart for over 16 years. She gave her life to Christ under the leadership of Rev. Jeremiah Cox, Church of God Center Street, Cambridge, MD. She continued serving the Lord and later joined Christ United Methodist Church Airey’s, MD.

To order memorial trees or send flowers to the family in memory of Burnadine Elbert, please visit our flower store.