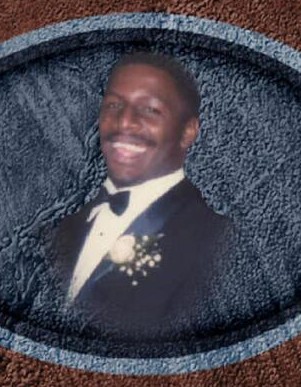 Brynson was educated in the Dorchester County School System, where he graduated as a proud member of Cambridge South Dorchester High School, Class of 1987. He played basketball, football and boxing. He also played little league baseball as well as running track.

Brynson received his early religious training along with his family at St. Luke United Methodist Church in Cambridge, MD. He was baptized by the late Rev Harvey Chase. He served on the choir as well as an Acolyte.

Brynson was a big fan of many sports; he was a die-hard Chicago Bears fan and a North Carolina Tar-heels fan as well. If you needed any information regarding any sport, Brynson was your go to man. (Even if he didn’t know), he knew.

Brynson also was a huge fan of many genres of Music. I bet no one knew that he was a 7th member of New Edition, Ronnie, Bobby, Ricky, Mike, Johnny, Ralph and Brynson. He was very family oriented and would help any one in need, even if you just needed to talk he was there.

Click to download / open
To order memorial trees or send flowers to the family in memory of Brynson Seymore, please visit our flower store.