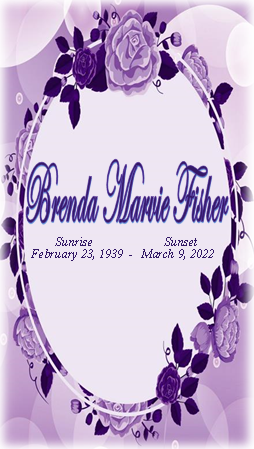 Brenda M. Fisher, (better known as BB) was born February 23, 1939, to the late Littleton and Mable Fassett in Queenstown, MD.  Brenda was the third oldest of eight.  She peacefully journeyed into eternity on Wednesday, March 9, 2022, at Complete Care Corsica Hills in Centreville, Maryland.  She was preceded in death by her husband of forty-nine years, George M. Fisher, Jr., and her daughter Lydia Agatha.

To order memorial trees or send flowers to the family in memory of Brenda Fisher, please visit our flower store.