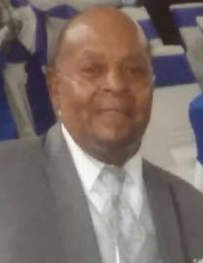 
“Bunky,” as he was affectionately known to so many, received his formal
education at the Dorchester County Maryland school system. He served in the
U.S. Army and was honorably discharged, receiving the Purple Heart, Good
Conduct, and the Bronze Star medals. In July 2014, he was honored by the
Herman Hughes American Legion Post #87 for his service and achievements
in the Vietnam War. He also received many citations and awards from many
local organizations.


Bunky was employed with Rob Roy and Coldwater for many years prior to his
retirement.


60 years ago, he met the love of his life, the former Coleta Major, and God joined
them together in holy matrimony. From this union, two children were born:
Angela Major Hill and Wanda Major.


Bunky enjoyed outdoor sports as a boastful hunter, crabber, and fisherman.
He played on the local company league for softball. He loved doing yard work
and planting in his garden. He was a member of the Herman Hughes American
Legion Post #87, and an original member of the Sophisticated Brothers. He was
the biggest fan of the Miami Dolphins. He loved to sing. His favorite song was
“I believe, I’ll go back home.”


Bunky was quiet when he was under the weather, but very vocal when he wasn’t.
He loved our family vacations. He would be so anxious to get to the destination.
“Daddy,” “Pop Pop,” “Uncle Bunk,” “Ford,” or “Spooky Lee” was known for his
fun loving, genuinely caring, and joking ways. He was a solider that battled
many health challenges, but through it all, he never once complained.


He was preceded in death by his infant sister, Sheila Lee; paternal grandparents,

To order memorial trees or send flowers to the family in memory of Boyd Lee, please visit our flower store.