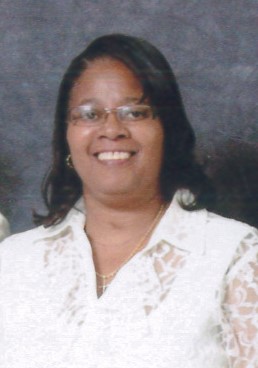 Reverend Dr. Bonnie Jean Henry, daughter of Lillian Jackson and Roland Stanley was born January 4, 1959.  She attended the public schools of Dorchester County and was a graduate of Cambridge Senior High, Class of 1976.

At an early age she professed her faith in Jesus Christ and later joined Jubilee Christian Fellowship Church, where she has been a member for over 20 years.  At JCF she served faithfully as an outreach minister, children, and Church Administrator.

Bonnie served in the United States Armed Forces, receiving and honorable discharge from the Army October 21, 1986.  She was multi-faceted and worked in many areas.  She was employed at Airpax, US Postal Service and served in several managerial positions.  She was also an inspirational and creative event planner.

She was united in holy matrimony to Terence Henry Sr. on May 20, 1989.  She attended Grace Bible College and Seminary receiving her Master’s and then Doctorate Degree in Theology in 2011.  She became an ordained minister in 2013.

She developed several summer youth enrichment programs that prepared children for the upcoming school year.  As well, Bonnie was passionate about caring for youth in foster care; they became her family.

“May the work I’ve done speak for me; when I’m resting in my grave; And there’s nothing more to be said, May the life I lived speak for me.”

She was preceded in death by her grandparents, Evelyn and Isaac Jones, brother, Wade Jones and niece, Shard’a Janae Pinder.

As a result of a generous spirit and pleasant personality, she was loved by many people.  Her Christian lifestyle and love of family are definitely ones to be admired.  Her influence will forever remain in the lives of all who knew her.  She quietly departed this life Tuesday, August 2, 2016.

To order memorial trees or send flowers to the family in memory of Bonnie Henry, please visit our flower store.