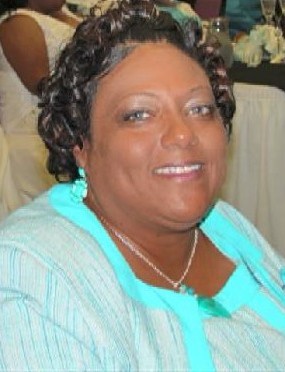 Bishop Arlene Faye Taylor was born March 25, 1962 in Baltimore, Maryland.  She was the youngest child of Pastor Lenwood and the late Anna R. Taylor.  On September 18, 2017, the Lord saw fit to receive her home from labor to reward, after a long-term illness. “Precious in the sight of the Lord is the death of his saints.” Ps. 116:15

In obedience to God, she moved back to Grasonville in 1989, and immediately took to the street to share her testimony of deliverance.  She founded the group “Youth in Action” at that time. Under this title she organized field trips, a softball team, an anti-drug march, and a biographical play entitled, “Crackin Up on Crack”. In 1991, she received the Governor’s Citation in recognition of impressive commitment to the people of Queen’s Anne’s County as demonstrated by her dedicated efforts and vision in effectively addressing the problem of substance abuse and particularly her noteworthy contributions in prevention.

In 1996, she was ordained as an Elder. Continuing her faithful service, she established herself as a respected woman of God in the community, church, legal and school systems. Judges, attorneys and principals alike all honor “Rev Taylor”. In 1997, she founded the 4-H National Women’s Conference.  In which women from five states gathered to the Holiday Inn in Annapolis, MD.

Some of the things she enjoyed were eating, shopping and her time spent with Simeaka Melton and Tameka Taylor-Wilson.  She was best known to use her life to bless and love others as much as possible. If you needed or wanted anything she found a way to be a blessing. Regardless, if you were getting married, buried, going to school, college, court, work or church or just simply going through, "Lene" was always right there and ready for the task. Her love, determination and dedication was amazingly matchless. Her Life was a true demonstration of God’s love.

She was preceded in death by Anna R. Taylor(Mother), James Wilburt and Minnie Hackett (God Parents), and Tyrell Taylor (Nephew).

To order memorial trees or send flowers to the family in memory of Bishop Arlene Taylor, please visit our flower store.