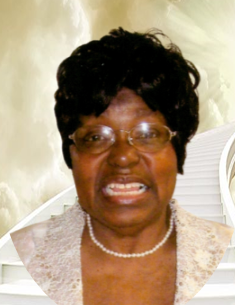 Beulah was born April 8, 1940, in Cambridge, Maryland, to the late Minnie and Brice Montgomery, Sr.. She was educated in Dorchester County Public Schools and graduated from Mace’s Lane High School in 1958. She attended Chesapeake College and graduated with a Bachelor of Science Degree. After graduating, she worked at RJ Reynolds for 15 years and later for the State of Maryland for over 20 years.

Beulah met her soulmate, Lycurtis L. Jones. The two joined in matrimony on April 6, 1962, and from their union, one beautiful daughter, Lisa Jones-Callands was born. Beulah was a faithful member of Christ United Methodist Church. She was known for her kind heart and beautiful voice.

Beulah was preceded in death by her daughter, Lisa Jones - Callands; nine siblings;  parents, Brice,  Sr. and  Minnie Montgomery; father and mother-in-law,  Marshall and Eunice Jones; one brother and a sister-in-law.

To order memorial trees or send flowers to the family in memory of Beulah Jones, please visit our flower store.