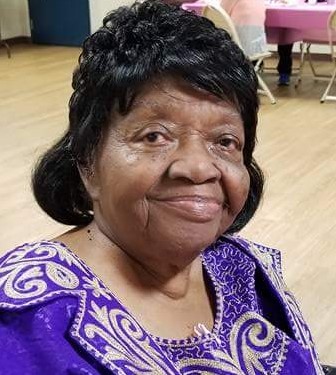 Bernice Ross Carney peacefully passed away on Friday, April 20, 2018, at University of  Maryland Shore Medical Center at Easton. She was surround by her family.

She was born on November 9, 1937 in Dorchester County, Maryland to the late Owen and Mabel Ross. She was the wife of the late Oliver Carney, whom she affectionately called “her boy.”

Bernice lived most of her adult life in Talbot and Caroline counties. She was a resident of Riverview Gardens Apartment for twenty-eight years. Bernice attended school in Dorchester County and        completed nurse aide training. During her adult life she work varies job but caring for  others was her passion. She enjoyed working as a caregiver at the House in Pines, Easton, Maryland. She did private duty patient care until she retired.

As a child Bernice attended the churches that her parents belong, Mount Olive Baptist Church and Bethel A. M. E. Church. She enjoyed good old preaching and gospel music. Also she enjoyed studying the bible. She liked visiting many of the churches in Dorchester, Talbot and Caroline  counties. She especially enjoy attending the Word of Life Family Ministries Church under to  guidance of Pastor Willie Jackson, where she was blessed with a loving spiritual family. She faithful ended every phone conversation with the reminder” don’t forget to pray.”

Bernice will be remembered for her unconditional love of people. She made everyone feel like   family. She was lovingly called, “Ms. Bernice or Mom Mom” by everyone that knows her. She has been a  mother and grandmother to so many children. Bernice would always say,” come in and sit down, make yourself at home.” She made her home a place of comfort and safety.  Humility and generosity are her legacy.

Bernice enjoyed sitting outside watching people, she was the self-appointed neighborhood watch.  She loved traveling and enjoyed a trip to Columbus, Ohio to her grandson wedding. It was a highlight that she talked about often. She also enjoyed family get together with her children and grandchildren. She had a special love for all her sisters, they were her best friends. When you see them together it’s like watching them when they were young girls, plenty of jokes, stories and food!

Her sister Betty moved to Easton to help Bernice with her children and the two remained            inseparable.  She especially enjoyed her grandchildren and great grandchildren. Before she passed she was on baby watch for a new addition to the family. She was blessed with a great grandson who was born on her birthday. She had an especially close relationship with her nieces who lived in  Denton, namely Lisa and Sharon, who cared for her. She treated them and their children as they were her own. She was thankful for a very good friend, neighbor, and caregiver Miss. Almetta.

To order memorial trees or send flowers to the family in memory of Bernice Carney, please visit our flower store.