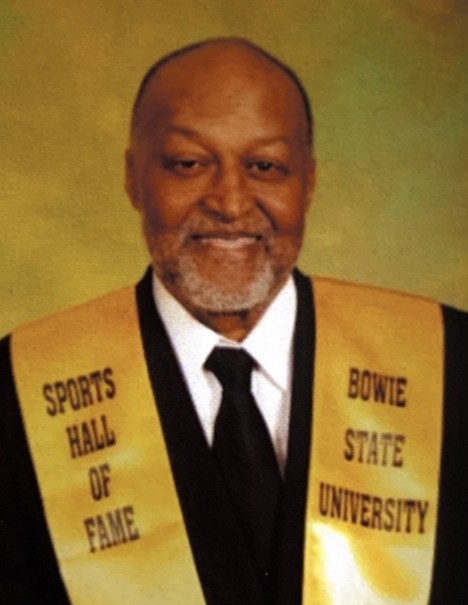 “For everything there is a reason and a time for every purpose under the heavens, a time to be born and a time to die.”
Ecclesiates 3:1

Bernard Edward Young was called from labor to reward on April 13, 2020.He was born on March 9, 1944 to the late Henry Young Jr., and Virginia Thomas Young in Cambridge, Maryland.
Bernard received his early education in the public schools of Dorchester County and graduated from Maces Lane High School in the class of 1962. He was an exceptional honor student and athlete, excelling in Basketball, Football and Track. He continued his education at Bowie State University and received a Bachelor of Arts degree in Social Studies. Post Graduate studies were completed at Georgetown University and Trinity College. He was employed by the District of Columbia and Anne Arundel public schools as a teacher until he retired. In 2015 he was inducted into the Bowie State University Basketball Hall of Fame. Bernard’s community service included membership in the Maces Lane High School Alumni Association, The Bowie State University Alumni Association, and the Southern Alumni Chapter.

Bernard can best be described as a fun-loving person who loved people, all kinds of music and sports. His pride and joy were his two daughters, Michelle and Tia and his one grandson, Farly. He had a special and loving relationship with his brothers, one sister, his Hurlock, Maryland relatives and his in-laws. He was well loved and will be greatly missed.

Bernard was preceded in death by his parents, grand parents and one brother, Curtis B. Young.

The family wishes to extend our deepest appreciation and sincere thanks to all the health care providers at the Dialysis Center, hospital and rehabilitation center for their loving care and support and for all acts of love, kindness and support from family and friends throughout Bernard's illness and our time of bereavement

To order memorial trees or send flowers to the family in memory of Bernard Young, please visit our flower store.