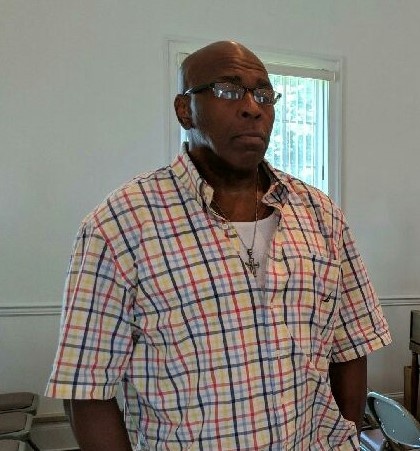 Benjamin Jerome Brown, 63 of Centreville, MD, passed away on Saturday, July 21, 2018 at his home. He was born in Centreville at his grandparents’ home to Mildred Jean Brown (Cooper) and the late Benjamin Brown, Jr.

Benjamin was educated in the public schools of Queen Annes County.   Jerome, as he was affectionately known, worked in various jobs including roadwork and restaurants. As a young child, Jerome attended the former Charles Wesley United Methodist Church with his godparents, Dr. Leon and Mrs. Mary Taylor.  In his adult years, he would attend Bethel AME Church with his mother.

Jerome’s hobbies included singing which he loved to do, and he knew he could do, playing Scrabble on his phone, making people laugh with his knack of imitating people, cooking, and watching his two favorite sports teams the Philadelphia Eagles and the San Antonio Spurs.  As a teenager, Jerome and his friends formed a band, The Tempos, in the garage of one of the friend’s home.  The band became well known around the surrounding counties and they played at many events.  In the 60s, Jerome and Richard Meredith played on Broadway at the Lloyd Price Turntable in New York City.  The band also opened for the singer Johnny Taylor at the Salisbury Civic Center.  Jerome had a special love for children and enjoyed making them laugh.  His greatest joy was spending time with his family and making them laugh with his shenanigans, cooking for them, and making sure that his mother’s kitchen was clean after one of his cooking episodes.

To order memorial trees or send flowers to the family in memory of Benjamin Brown, please visit our flower store.