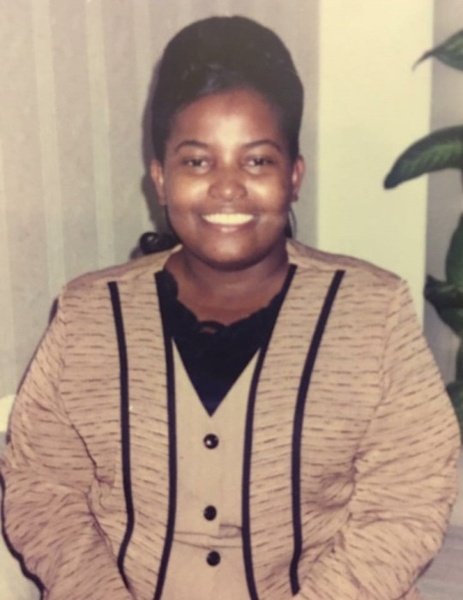 PLEASE BE ADVISED  PER MARYLAND REGULATIONS, GATHERINGS OF MORE THAN 10 OCCUPANTS ARE CURRENTLY PROHIBITED. THERE WILL BE NO SEATING AVAILABLE DURING PUBLIC VIEWINGS. WE ASK THAT YOU VIEW, AND THEN IMMEDIATELY EXIT THE BUILDING. Live Streaming: Facebook.com/henryfuneralhomepa

Barbara Leslie “Roberts” Johnson, 46 of Cambridge, passed on Wednesday, April 8, 2020 at her residence. She was born February 23, 1974 to Ken and Geraldine Roberts in UK (St Vincent and the Genadines).

Barbara spent her earlier years in Canada. She completed her studies in Trinidad and Tobago and was pursuing Certification in Business Administration when she relocated to Canada. Barbara loved her family, specifically her mom, dad, and siblings. She had unconditional love for her husband and children. Barbara attended church at Scarborough Spoken Word Fellowship three times a week. She was a believer of this end-time message. She was an avid singer. Barbara blessed many hearts with her beautiful powerful voice.

She was united in Holy Matrimony to Terone Wayne Johnson On April 3, 1999. Barbara then moved to the United States. Barbara worked as a teacher assistant for a short time at Sandalwood Elementary School in Baltimore County. In Baltimore, she attended several different churches under the same end of time message, Tabernacle. She was greatly loved by everyone she met. Barbara was kindhearted, considerate, loyal, loving, and a fun-loving person to be around.

To order memorial trees or send flowers to the family in memory of Barbara Johnson, please visit our flower store.