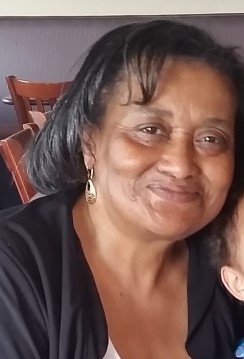 Barbara Jean Keene, 68, departed this life at Genesis, The Pines, on Saturday, August 15, 2020 in Easton. She was born June 29, 1952 to the late Preston E Keene, Sr and Lucy Thomas Keene. Barbara was raised in Royal Oak, MD, but later moved to Hyattsville, Landover Hills area, before she finally relocated back to the Eastern Shore, Easton.

Barbara worked for Giant Foods for over 50 years before retiring from the company. She also worked for different restaurants on the shore before relocating to the Western Shore. Some of the restaurants she worked for were: The Crab Claw, The Chambers Restaurant, Martinghams Conference Center, and the Holiday Inn.

Jeannie, as she was so affectionately called, was a kind and loving person who made a lot of friends. Her friends enjoyed her joking and kidding around as she kept them constantly laughing. Barbara was an excellent mom, but most importantly she was a proud loving grandmother. Her grandsons were the center of her entire universe. She loved to laugh. Jeannie also enjoyed a good time. She enjoyed playing Bingo, watching the Lifetime TV Channel, and completing word puzzles. In addition to the beach, she also loved lighthouses. Often, she would take the family on vacations in Ocean City and Myrtle Beach, South Carolina.

Barbara is survived by her daughter, Terri Gwynn; 2 grandsons: Kevin Gwynn, Jr and Tyreik Gwynn; 2 goddaughters: Yolanda Miles and Ashley Hines; 2 children she considered her grandchildren: Kolby Lewis and Ryan Dodd; a great confidante, Gladys Smith; a very close friend throughout the years, Shari Kidd; and a host of nieces, nephews, cousins, other relatives and friends.

In addition to her parents, Jeannie was preceded in death by her siblings: William Keene, Preston Keene, Jr., Lindsay Keene, Larry Keene, and Yvonne Keene Miles; and a godson, Atione Adams.

To order memorial trees or send flowers to the family in memory of Barbara Keene, please visit our flower store.