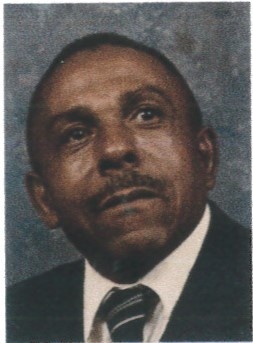 Asbury Roosevelt Jones Sr., 97 of Cambridge, departed this life on Good Friday, April 19, 2019 at his home on High Street.

Asbury was born September 18, 1921 in Cambridge, Maryland to the late Eleanor Jones and Herbert Pinder and raised by his grandparents, William and Annie Stanley Jones.  He was educated in the public schools of Dorchester County and graduated from F.D. St. Clair High School in 1940.  He was employed by Phillip’s Packing Company and Western Publishing Company, where he retired in 1986.  Also, he worked for many prominent families in Cambridge as a handyman from age 19 until his early nineties.  He served in the U.S. Army and was honorably discharged in 1946.

Asbury married the late Rosalie R. Plater January 14, 1945.  From this union, eight children were born: Carolyn, Asbury Jr., Darlene, Barbara, Walter, Regina, Linda and Rudell.  Together, they raised their children in a Christian environment and ensured that their children were active at Bethel A. M. E. Church when they were growing up.  He was very involved in the education of his children.  Asbury was an officer in the Parent Teacher Association at  St. Clair Elementary School and Mace’s Lane High School.

Asbury was an active member of Bethel A.M.E Church all  of his adult life.  He was a member of the Progressive Male Chorus, the Chancel Choir and the Stewart Board.  He served on many committees, supported church activities and was known for his culinary skills in the kitchen; especially his fried potatoes and oyster fritters.  Asbury was honored by his church with the following awards: Most Dedicated Father of the Year (1985), Model Family Man (2003) and Man of the Year (2006).

He was preceded in death by his wife, Rosalie Jones and son, Walter Jones.

To order memorial trees or send flowers to the family in memory of Asbury Jones, Sr, please visit our flower store.