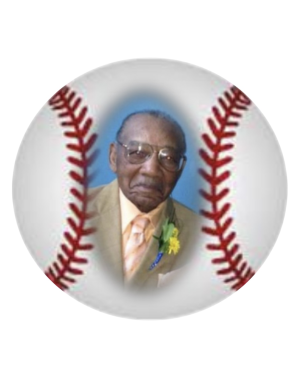 Arthur L. Jones Sr, “Captain Arthur” was born on October 10, 1919, in Accomack County Va. He was the 6th of 9 children of the late John and Lizzi Watson-Jones. He was educated in Painter County Public school. He made his transition from his earthly home on October 3, 2021 at his residence in Grasonville, MD. He was 101 years old.

As a young boy at the age of 13, Arthur found his way from Virginia to Maryland by way of the railroad tracks. A journey that he took with several of his brothers.

Arthur was such a hard diligent worker, a skill he inherited from both his parents. This was a skill he passed down to his lineage of children and an example he set within the community.

Arthur enlisted into the Army at age 25 and trained, as a welder for his primary military occupational specialty. Serving in the Army, in support of WWII, he received orders to the Pacific Theatre, as a prison guard, his first and only tour of duty. Arthur was a recipient of the following documented awards. Good Conduct Medal, European ribbon, African Middle Eastern Theater ribbon, Asiatic Pacific Theater ribbon, and the WW II Victory ribbon. Arthur was a proud soldier, and his pride indirectly influenced 6 of his offspring to join the service as well.

Upon his return from the Army, he worked on the Carter farm on Bloomingdale Rd, Queenstown, MD for several years, where he and Coretta initially raised their children under a strong Christian belief that reinforced hard work, respect, discipline, and to be effective service-oriented citizens. Charles Carter, son of Mr. Carter often visited Arthur.

Arthur left the farm and went to Harvey Ruth Seafood, before it was sold to George Pappas’ Company United Shellfish where he continued his job as a Processing Plant Foreman. Arthur was an innovative, kind, loyal, dependable, reliable, and friendly face to all employees of United Shellfish for 54 years. Arthur was the same way to any human being he met throughout his life. That’s a legacy in its own right. Around United Shellfish he is remembered for his unique, “Good Morning” greeting and his most remembered response to his well-being when asked by anyone of “Just Kickin’ Lightly.”

Many people of the community give credit to Arthur for his role in obtaining their first job and helping them retain the job by transporting them on the “The Mano Bus.”  To show appreciation to him as an employee, Mr. Pappas ensured that Arthur would be employed by the company for as long as he was able. That led to a dear friendship with members of the United Shellfish company, the Grasonville Post Office and Queenstown Bank, of Grasonville, MD.

As a devout member of Robinson’s A.M.E church, he once served as a Trustee, which included responsibilities for ground and building maintenance. He shared that responsibility with the members of the board proudly and profoundly and helped out where ever needed.  He was no stranger to the altar as he was often called upon to deliver prayer for Sunday morning worship.

Arthur was able to obtain farm and lawn care equipment and utilized that equipment to establish a lawn care business and provide small farming task. His equipment was a resource to help support community projects. Most of all it was used to initialize work ethic in his son’s, grandson’s, nephews, cousins, and other young men. Arthur was a true servant of God and believed in giving and assisting anyone.

Arthur loved his gospel music. A couple of his favorite songs were “No Charge” by Shirley Caesar and Sweet Hour of Prayer. When he couldn’t get to church he would sit in his truck and listen to Gospel music and several pastors on the radio.

Arthur has been an Orioles fan for a very long time. He enjoyed playing the game of baseball as a young boy himself. As a season ticket holder, he attended games regularly with his son in-law and grandson. When not occupying his season ticket seat. He watches the game on television and everyone knows not to disturb him.

Arthur’s love for family was shown by actions that he set forth and the memories that he created. The Pop-Pop jokes and quick wit, will never be forgotten. The Pop-Pop hugs will be cherished by all. (ummmmm-ummmmm-ummmmm)

He was preceded in death by his wife Coretta, parents, all his siblings, 2 Children, and 2 grandchildren, and 1 great-grandchild. All of which are waiting at the Gates of Heaven to welcome him home.

To order memorial trees or send flowers to the family in memory of Arthur Jones, Sr., please visit our flower store.