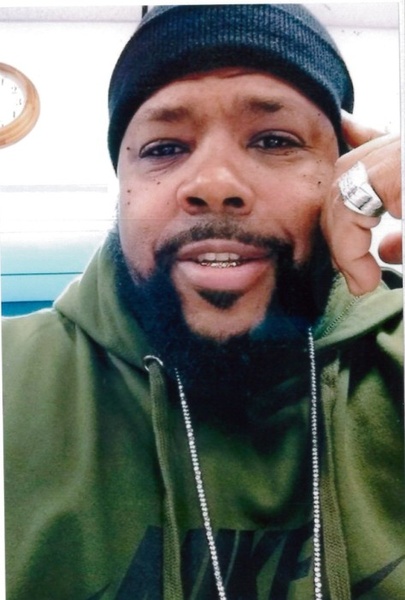 Arthur James Brinkley, Jr. 50 of Grasonville, Md. departed this life on Feb. 18, 2017 at Saint Francis Hospital in Wilmington DE, surrounded by loved ones.

Arthur was born on May 27, 1967.  He was the son of Shirley Tilghman (Bishop Charles) of Middletown, Del. and the late Arthur James Brinkley, Sr.  Arthur  graduated from Queen Anne's County High in 1986. Upon graduating from high school he began working at the Bethany House & Allen Foods, in   Cordova, Md.   After resigning from The Bethany House & Allen Foods he moved to Salisbury and started a new journey managing The Stepping Stones Recovery House. This new endeavor allowed Arthur to be a mentor and to pave the way for young adults as well as adults working their “STEPS”.  He allowed his mentees to see his transparency, “HE KEPT IT REAL”!  Arthur was also  employed full-time at Perdue in Salisbury, Md.  He was a compassionate,  humorous, and loving    gentleman.  It was nothing he wouldn’t do for people, especially his family.  Along with loving and adoring his family, Arthur inspired them to always be themselves, to not worry about the opinions of others, and to never give up, especially his kids.

Arthur was very active in the world of Narcotics Anonymous (NA).  He helped so many people with their sobriety.  When he would come back home to  visit, he would attend services at New United Methodist Church in Chester, Maryland with some of his family members and his beautiful and loving  grandmother Margaret Reed, who spoiled him rotten and whom he loved with all of his heart. She was his “ANGEL”.

Arthur had a passion for music and was the life of the party.  He loved to dance (Something he inherited from his father).You could see him on the dance floor,   busting moves with his sidekick, Izone (Ike) Pulley.  Growing up, when you saw Arthur, you knew Izone wasn’t too far away and vice versa.  He also enjoyed riding his motorcycle.  He would take rides with various bike lovers like the    Street Warriors, and Homeboys, just to name a few.

He was preceded in death by his father Arthur James Brinkley, Sr., Glen    Brinkley (brother), and Tammy Johnson (special cousin).

To order memorial trees or send flowers to the family in memory of Arthur Brinkley Jr., please visit our flower store.