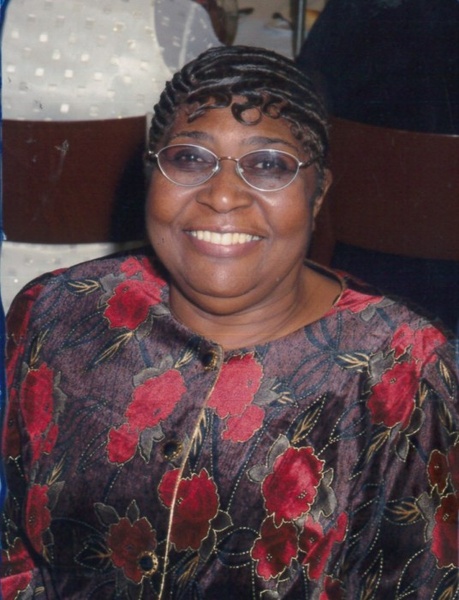 I have fought a good fight, I have finished my course, I have kept the faith: (2 Timothy 4:7)

Arneda "Jolley" Spencer, age 85 was affectionately known to many family members as "Neda", passed away peacefully at home with family members on Christmas Day, December 25, 2019.

She was born on October 14, 1934 in Cambridge, Maryland, to Charles George and Rosie Etta Ward Jolley. She was the ninth child of nine children. Arneda was honored to had graduated in the first class to graduate from Maces' Lane High School in 1953.

Arneda was employed at numerous sewing factories in Cambridge and the last factory she worked at was Rob Roy Clothing Factory. She retired in 2010 from Dorchester County Board of Education, after many years as a Maintenance Engineer and later as a substitute Food Service Worker.

Arneda began her spiritual journey at an early age at Hughes Mission located in Dorchester County. She began singing under the direction of Ms. Elsie Chase at Christ Rock United Methodist Church. In 1959, Arneda and her sisters, Rosie and Annie Mae became members of Faith Seventh-Day Adventist Church. She was a faithful member and held numerous offices within the church, such as, Church Pianist, Sabbath School Teacher, Community Service Leader, Church Clerk, Pathfinder Counselor and Women Ministry.

Arneda loved to sing along with her sisters, Annie Mae and Rosie, as a trio known as "The Jolley Sisters". Her favorite songs were, "It is well", Deeper Yet, He looked beyond my faults, and I don't tell it enough". She wasn't afraid to open her mouth and sing praises to the Lord. She sang perfect tenor and could carry a choir section by herself. Arneda, along with her sisters sang everywhere they were requested to sing as a Trio until she was unable.

Arneda loved to hug, and her favorite place (besides her home and church) was Walmart. She would say, "I got so many hugs today in Walmart", and she looked forward to those visits.

On December 10, 1955, Arneda was joined in holy matrimony to the late Harvey Spencer. From that union five children were born. Harvey Jr, Terrence, Cynthia, Charles and Ivydene.

Arneda along with her late husband Harvey, she helped to raise great nephew Keith Boswell and grandchildren, Gary and Ikeia.

GOD MADE US A WONDERFUL MOTHER

A MOTHER TO US THAT NEVER GREW OLD

GOD MADE HER SMILE OF THE SUNSHINE

AND HE MADE MOM A HEART OF PURE GOLD

SHINING STARS AND IN HER ROSEY CHEEKS YOU SEE

GOD MADE US A WONDERFUL MOTHER

AND HE GAVE THAT DEAR MOTHER TO ME/US

To order memorial trees or send flowers to the family in memory of Arneda Spencer, please visit our flower store.