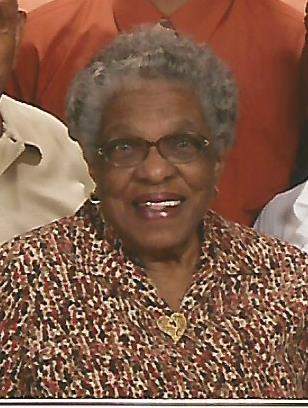 Arlene Maureen Thomas departed this life on Saturday October 28, 2017. Born on May 18, 1928 in St. Michaels, Maryland, she was the daughter of the late Kermit Limberry and Margaret Marie Murray. She attended Talbot County public schools and Robert Russa Moton High School in Easton. In 1947 she was joined in marriage to Robert B. Thomas and was blessed with three children.  This union lasted 67 years.

She was a faithful member of Union United Methodist Church and a member of the United Methodist Women until she became too ill to attend. Her potato salad, rum cake and lemon pound cake was always a favorite at church functions and special days. She was a life-long resident of St. Michaels where early in life she worked in a domestic capacity, canneries and factories. As the town moved towards tourism, she began a career in retail sales at Chesapeake Bay Outfitters, which lasted 25 years, retiring at 80 years of age.

“Arlene” will always be remembered for her organizing, culinary skills and no-nonsense attitude.

In addition to her parents, Arlene is preceded in death by her husband Robert, one sister Edna Roberts and two brothers, Edwin and Linwood Fountain.

To order memorial trees or send flowers to the family in memory of Arlene Thomas, please visit our flower store.