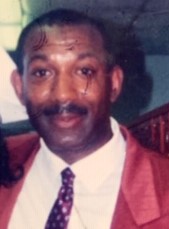 Argusta McClease Jr., 63 of Queenstown, MD departed this life on Saturday, May 11, 2019 at University of MD Shore Medical Center at Easton, Easton, Maryland.

Born September 2, 1955, he was the son of the late Argusta Sr. and Alice McClease.  Affectionately known as “Junny” was educated in the Talbot County public schools. He spent many years doing carpentry with his father. Later he became employed with Michaels Restaurant in Baltimore, MD.  Junny loved spending time with family and friends.  If you knew Junny you knew how generous he was.  He would give you the shirt right off his back.

In addition to his parents, he was preceded in death by a sister, Evon Stocker, two nieces, Vanetta McClease and Taron Stocker.

To order memorial trees or send flowers to the family in memory of Argusta McClease, please visit our flower store.