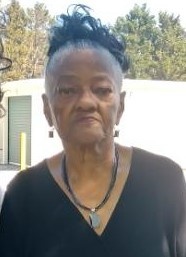 Ardenia Laura Dorsey, 78 of Cambridge, departed this life on Monday, October 7, 2019 at Univ. of MD Shore Med. Center at Dorchester in Cambridge, Maryland.

Born April 30, 1941, she was the daughter of the late Arrie Tilghman and Julius Carter.  She was educated in the public schools of Dorchester County and was employed at the former Dorchester General Hospital in Dietary.

Ardenia attended Greater Mt. Olive  Full Gospel Baptist Church.  Her hobbies were reading, singing, shopping, dancing and spending quality time with her family and friends.  She loved uplifting and encouraging those she encountered.

To order memorial trees or send flowers to the family in memory of Ardenia Dorsey, please visit our flower store.