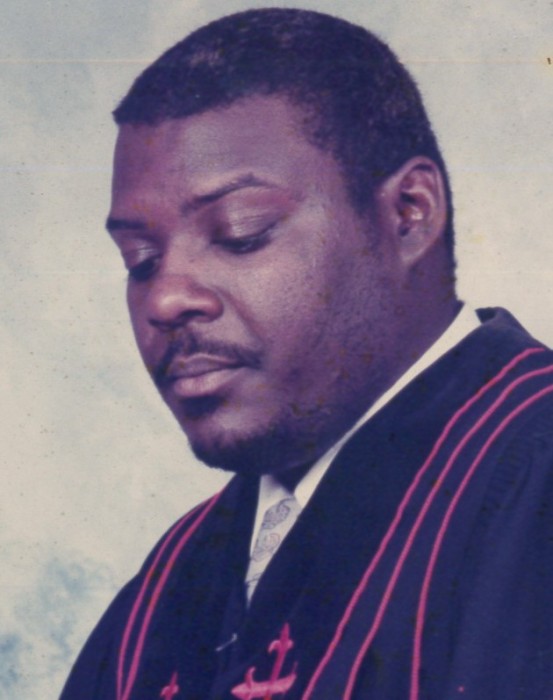 Apostle Darryle L. Riley was born August 11, 1961, son of the late Henry Jones and Sarah E. Riley Woolford was called to rest on Wednesday, January 9, 2019 at his residence.

Apostle Riley’s education allowed him to specialize in law enforcement security.  He worked in various jobs which included security for major companies.

Apostle Riley was Pastor of Faith Deliverance Worship Center in Cambridge, Maryland.  His life was filled with many friends.  Always willing to talk, listen and counsel anyone in need.  He was an avid sports fan.  His favorite team was his beloved “Steelers”.  His hobbies consisted of traveling, driving and music.

Affectionately around town, he was known as “The Oil Man” which was his small business that he enjoyed.

He was preceded in death by a brother in-law, Larry Badger and a sister in-law, Rosemary Marshall

To order memorial trees or send flowers to the family in memory of Apostle Darryle Riley, please visit our flower store.