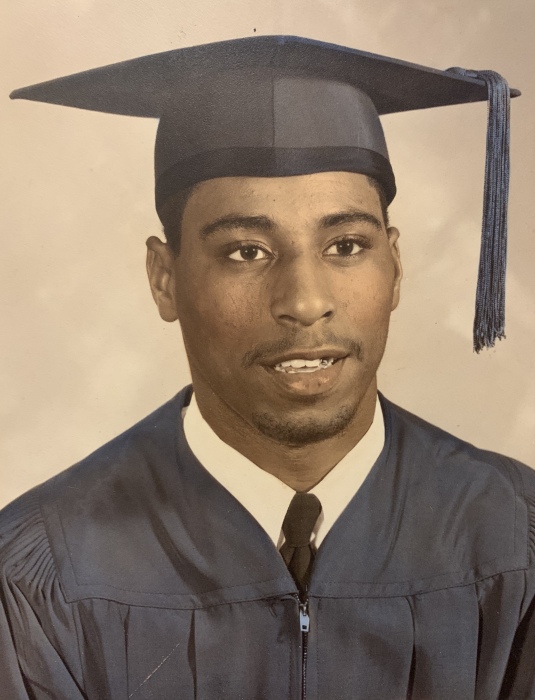 Please be advised: Face coverings are to be worn at all times in public areas, including outdoor gatherings. Individuals exhibiting flu like symptoms should stay home, as entry will not be permitted.

Services will be open to the public however, family takes priority seating.

Anthony Darnell Ennels passed away on July 29, 2020 at Dorchester General Hospital. Anthony, affectionately known as Tony, was born on January 9, 1951 to the late Nanzatter Lee Ennels and Levin Butler. His church home was St. Luke Church, and though not an active member, he trusted and believed in the Lord!


Anthony attended schools in Cambridge, MD and graduated from Mace’s Lane High School with the “Class of 1969”! He loved and played basketball and football all during his high school years. After high school he was drafted in the United States Army where he served in the Vietnam War from 1971-1972. After receiving a honorable discharge from the military, he worked a variety of jobs and would later retire from the Cambridge Housing Authority in 2013. After his retirement, he pursued his real passion of working independently as a lawn service provider until he took sick. His greatest joy was having one of his best friends, Alvin Jones, take over his clientele and continue to provide excellent service!


When he was young and living with his Mom, one of his favorite pastimes was playing his Mom’s favorite R&B and at her urging, singing along with the music. As a result of both his and Nan’s love for music, Anthony massed a collection of over a thousand records on wax! His love for music and singing was with him throughout his life and he would share this love with friends and family whenever the opportunity presented itself.


He is preceded in death by his mother, Nanzatter Ennels; his father, Levin Butler; his aunts, Novella Camper, and Ethel Seymore; and his uncle, Tyrone Seymore.

To order memorial trees or send flowers to the family in memory of Anthony "Tony" Ennels, please visit our flower store.