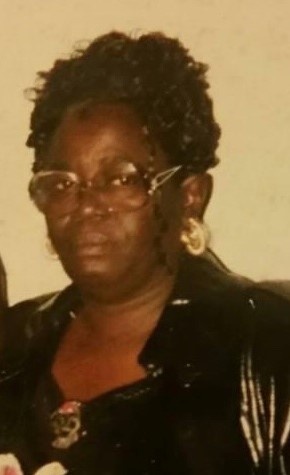 Mother Gorum was a member of Pentecostal Temple Church (PTC) under the leadership of Suffragan Bishop Samuel Brisco Sr. She was a faithful member for 22 years, were she held church positions as Missionary, Mother, President of the Prayer Band, Ushers, Mass Choir, and Baptism Committee. She worked for Broad of Education and various other jobs.

Missionary Gorum raised her grandchildren, her brother, and sister like they were her own. She was a Mother, Grandmother, Comforter, Prayer Warrior and Friend to many people. She opened her home every Wednesday to have prayer for anyone who wanted to come for prayer. She would pray and give advice to anyone who came within her circle. She never cut corners with anybody. She would tell it like it was, but she did it with love. She would give and do for anyone. She was a wonderful cook and she always feed anyone who was hungry or if you just stop by, she would want you to sit in eat with her. She never denied anyone a meal. If you drove down Camelia St. or was just walking by you would see her sitting outside her home speaking and talking to anyone who passed by, and if she were not outside, she would sit in her window and when you came by, you would hear her voice calling out speaking to you. She was truly a woman of God who brought love and joy to many lives.

In addition to  her parents, Missionary Gorum was preceded in death by her husband, Ronald Lee Gorum; one daughter, Altheda Cornish; one sister, Bobbie Hill; 2 brothers:  Andrew Cornish lll, and Montro Cornish.

To order memorial trees or send flowers to the family in memory of Annette Gorum, please visit our flower store.