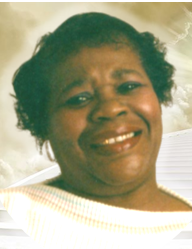 Anna Louise Perry departed this life on February 21, 2022. She was born on June 19, 1934 to the late Robert Christian Sr. and  Sally Christian in Portsmouth, Virginia. She accepted the Lord Jesus Christ as her Personal Savior as a young adult.

Anna attended and was educated in the Portsmouth Virginia Public School System. Over the years, she was employed with the seafood industry in Kent Narrows, Maryland. However, her real passion was taking care of her family.

Anna enjoyed cooking a great deal. She used her culinary skills  throughout the years to cook for and feed her children, grandchildren, great-grandchildren, nephews, nieces, friends  of her children, as well as neighbors. Her “carrot cake” and “rice custard” were two of her signature desserts and they could melt in your mouth.

Anna enjoyed reading the Bible as well as novels, doing cross  word puzzles, and watching the weather channel in various  states on a daily basis. Her children, grandchildren, great grandchildren, nephews, nieces, and other family members brought great joy to her life. Anna was preceded in death by her parents Robert Christian, Sr. and Sally Christian); her brother, Robert Christian Jr.; her sisters, Jean Christian, and Lillian Green; and her son, Charles Christian.

Anna’s lively spirit will be missed here on earth, but we take comfort in knowing that she is now home with her heavenly father.

To order memorial trees or send flowers to the family in memory of Anna Perry, please visit our flower store.