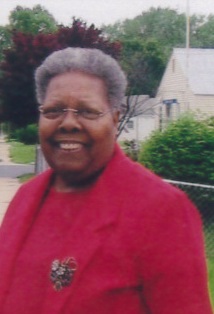 Anna Laurie Green Guy, 82 of Cambridge died January 24, 2017 at University of Maryland Shore Medical Center, Dorchester. Anna was born June 21, 1934 in Jonestown near Preston to the late Howard Washington Green and Lucille Brown Green. Her early years of education was received at Jonestown School. Later she attended Lockerman High School in Caroline County. In her early years, she met and married the late Melvin R. Conaway. Anna worked for several years for Harper & Bateman in Hurlock, and she also found time to do some private  sitting whenever necessary. Anna later met and married the late William Guy after the death of her first husband.

She attended the Kingdom Hall of Jehovah’s Witnesses,  Cambridge. She enjoyed music, and loved to sing. She had a love for drawing and writing poems. These activities afforded her much pleasure during her leisure.

In addition to her parents and husbands, she was preceded in death by 1 son Edward Conaway Sr.; 2 sisters: Margaret Cluff and Mary Alice Matthews; and 1 brother Joseph Alfred Brown.

To order memorial trees or send flowers to the family in memory of Anna Guy, please visit our flower store.