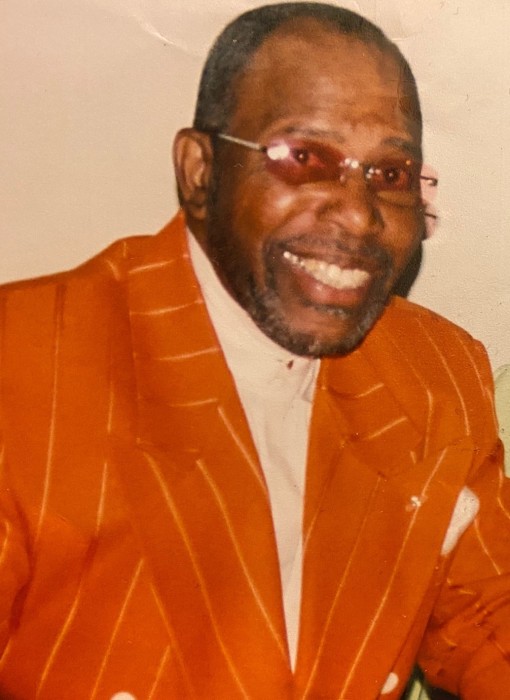 Please be advised: Face coverings are to be worn at all times in public areas, including outdoor gatherings. Individuals exhibiting flu like symptoms should stay home, as entry will not be permitted.

Services will be open to the public however, family takes priority seating.


Born December 20, 1937, in Cambridge to the late Alonza and Martha Jones. He was their only son. As
a child he attended St. Luke United Methodist Church where his family were active members.
Baldy as he as affectionately called was a graduate of Mace’s Lane High School in 1955. Baldy was an
outstanding athlete. While at Mace’s Lane High School he played basketball and baseball. He was an
exceptional baseball player. Baldy played Semi-Pro baseball and also tried out for the New York Yankees
Minor League Team.


In October 1956 he enlisted into the United States Marine Corps and attending basic training in South
Carolina. While enlisted in Marines he played baseball and received the Good Conduct Medal before
being honorably discharged in April 1960.


Upon returning to Cambridge Baldy worked at National Can for many years. He also worked at
Dorchester General Hospital and with the Dorchester County Public Schools system as a janitor. He had
his own business cleaning doctor offices in the evening. In his spare time he did taxes and referred
basketball games. He loved giving back to his community.


Baldy was nice person, never harmed anyone, and he got alone with everyone. He cared and loved his
family, friends, and everyone he was around. Although Baldy never had any children he was a father
figure to his nieces, nephews, and cousins. Everyone looked up to him.


When the residents of Cambridge heard the word fashion, Baldy was a name that popped in their minds.
Baldy loved his flashy suits, hats and shoes. He often traveled miles away and sometimes out of state to
get them, so that he could be original, he never wore the same suit twice. People often waited for him
to arrive at the party so that they could see what he had on. He was always “sharp”.

To order memorial trees or send flowers to the family in memory of Alonzo "Baldy" Jones, please visit our flower store.