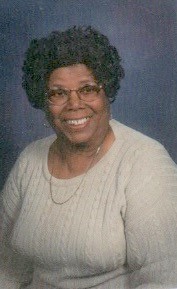 Alice Mary Frances Johnson Adams was born the second child of nine children on May 24, 1923 in Wittman, Maryland to the late Annie Rebecca Brown Bailey.  She departed this life on Monday, December 17, 2018 at Talbot Hospice, Easton, Maryland.

In 1941, Alice and her husband moved to New Haven Connecticut, where she worked for Majestic Laundry. Then later moved to Wallingford, Connecticut for employment.  During her lifetime Alice had the following occupations:  Domestic Worker, Sewing Factory Line Worker, Seaford Industry Worker and Nursing Assistant in the Community Center Nursing Home in New York. When she returned back to McDaniel, she worked for the Bay Hundred Seaford Company in McDaniel until her health failed.

Alice was an active member of New St. John’s United Methodist Church in Wittman. She served as a member of the Staff/Pastor Parish Relations Committee, United Methodist Women and she was a willing and faithful member of the church programs and activities. She loved to read her Bible and Upper Room every day until her health began to decline. She crocheted several afghans, scarfs and hats that we all loved and enjoyed.

To order memorial trees or send flowers to the family in memory of Alice Adams, please visit our flower store.