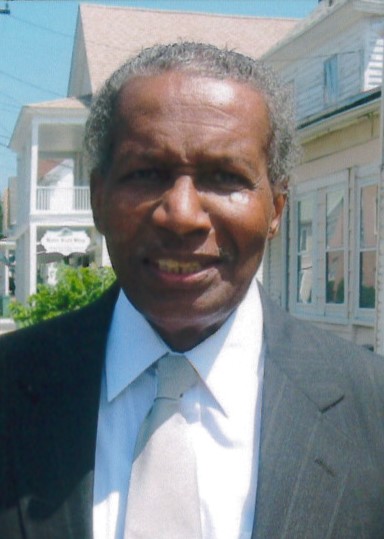 Alfred Henry, Jr., 77 of Cambridge peacefully departed this life on Saturday, February 4, 2017 at his home. Al, as he was affectionately known, was born June 22, 1939 in Laurel, Delaware to the late Claretta (Slater) and Alfred Henry, Sr.

He was educated in the Dorchester County public schools, graduating in the class of 1957 from Maces Lane High School. While attending Maces Lane, where his nickname was “Boots”, he was involved with Glee Club and a member of the Student Council. Al attended Bowie State University and Morgan State University until he enlisted in the Army in 1961. He was honorable discharged in 1964. After his discharge from the Army, he served in the Reserves until 1967. Al was employed at Sears, Dupont, and Delmarva Power. He retired from Delmarva Power to take care of his father.

During his early years, Al and his parents were active members of Bethel AME Church. He was actively involved in many church activities. Al attended Sunday School and was an active member of the Sunday School League (known as the YPD).

Al enjoyed walking around in his neighborhood, talking to everyone he passed. Also, he enjoyed standing in front of his house waving, singing, or dancing, entertaining everyone who passed by. He loved to sing and listen to gospel music and jazz. One Day at a Time, What am I Living for if not For Me, Every day is Just Like a Holiday, and I Do Love You, were some of his favorite songs to sing. Al was an avid sports fan. He had a strong passion for playing basketball as a youth. The Redskins was his favorite football team, and he expressed great pride in wearing his Redskin jacket and hats.

Alfred leaves to cherish fond memories, his companion of 19 years Darlene Jones of Cambridge; the Jones family; his caregivers: Dominique, Renee, Pumpkin, Candy Demby, Erica Cornish, Troy Sr., Troy Jr., Tr’Nay Cephas, Brenda Conway, Dion, and JJ who were all like family to Al, and a host of friends.

To order memorial trees or send flowers to the family in memory of Alfred Henry, Jr., please visit our flower store.