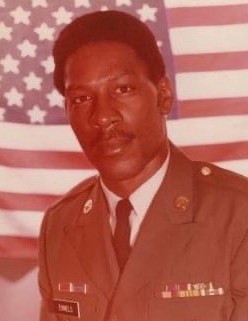 Alfred Ennels, 74 of Cambridge, MD, departed this life on February 5, 2021 in Galveston, Texas. He was the son of the late John Harold Seymore, Jr. and the late Jennie Ennels Chester.

He attended Maces Lane High School, graduating with the class of 1964. Upon graduation, he began working at Dorchester General Hospital as an Orderly. Alfred later enlisted into the United States Army, where he served for 17 years. He also served in the Vietnam War.

He was preceded in death by his parents, five brothers, James, Ernest, John, Elenzor and Nathaniel Ennels, two sisters, Ailene Dickerson and Geraldine Cornish and his wives, Thelma Cooper Ennels and Grace Ennels.

To order memorial trees or send flowers to the family in memory of Alfred Ennels, Sr., please visit our flower store.