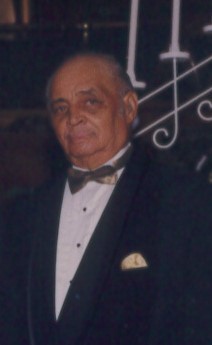 Alfred Banks Sr., 88 of Cambridge, passed away on Monday, August 8, 2016 at 1:20 pm at Chesapeake Woods Nursing Center in Cambridge, Maryland.

He was born on August 13, 1927 at Church Creek, Maryland.  He was the son of the late Hattie Banks Stanley.  He was raised by his grandparents the late James and Reida Banks.  He attended school in Dorchester County.  He was employed by William E. Burton & Sons for 30 years.  And then he started his own lawn care business until his health started to fail.  He was a member Bethel AME Church.  He was married to the late Maude Banks for 58 years.

In addition to his parents and grandparents, he was preceded in death by a daughter, Mary Woolford Ennels and a brother, Orville Banks.

To order memorial trees or send flowers to the family in memory of Alfred Banks Sr., please visit our flower store.