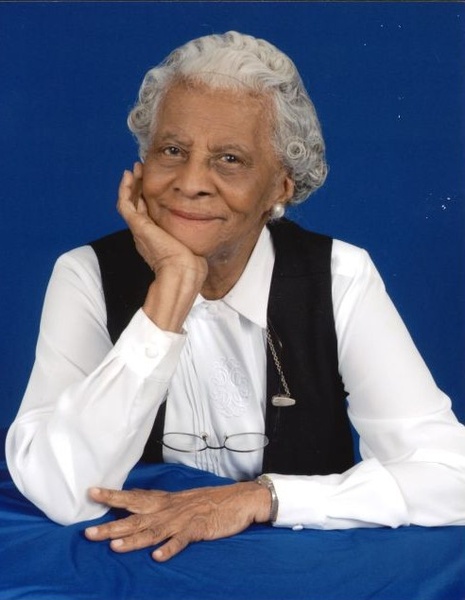 Alene Meekins Ayers, 94, of Cambridge, Maryland transitioned peacefully to her eternal rest on May 16, 2020 at Chesapeake Woods Center after a lengthy illness. She was born in Oxford, Maryland on May 2, 1926, the daughter of the late Mary E. Downes and Ralphael Curtis. She was the youngest of seven children. Alene was raised in a home by parents who loved the Lord and raised them to love and serve the Lord. At an early age she attended and joined Waters UM Church. She graduated from Robert Moton High 1943 in Easton, Maryland.


Alene was a beautiful, classy and strong lady full of love and plenty of humor for almost any occasion. Her humor was only surpassed by her stylish dress, with matching colors from head to toe. Her strength was exemplified by the unselfish love she gave not only by word but also deeds for her family and friends throughout her lifetime. She worked hard to provide for all her children.  Alene had done domestic work for a while and periodically as a school crossing guard. That hard work and her faith in God showed the power of what a mother’s love can do as they moved from childhood to adulthood.


Prior to her failing health Alene did so much to support all her family and stepchildren. In 1963 she began working for the Dorchester County School system, working as a librarian assistant with the late Alda Myers until 1978. That was a job she loved and cherished because she loved books and reading and she loved other people’s children as well.


Alene was a member of Waugh Chapel United Methodist Church for many years. Her strong faith in God was evident as she nurtured and grounded her children with a strong Christian conviction. She would often be heard around the house singing a number of hymns, one of her favorites being “It is Well with My Soul. “


After the death of her husband, Elmer in 1967, Alene later married the late Bernard Ayers and moved to Washington D.C. after her children were grown. It was in Washington D.C that she continued her love for books and was employed by the Library of Congress and retired after 25 years of service. While in D.C. she joined Ebenezer U. M Church and continued her service to God working on the Adult Ministry Board and other ministries. She also helped to raise three of her grandchildren, Copa, Armon and Leila while in D.C.  After the death of Bernard in 1984, Alene retuned to Cambridge in 1998 and returned to Waugh Chapel UM Church. Her love for books and children continued as she returned briefly to work again in the St. Clair Library. She later started working as a volunteer with Head Start’s Foster Grandparent Program, a program she continued with until her health began to fail.  The lives of all she touched will be remembered and cherished forever.


Alene’s life demonstrated immeasurably the power of a mother’s love and the power of God. After 94 years of life, “It is well with her soul!”

To order memorial trees or send flowers to the family in memory of Alene Ayers, please visit our flower store.