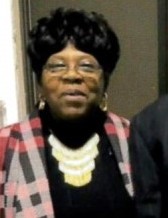 Agnes Jane Adams Jenkins, 77, entered eternal rest on Sunday, February 14, 2021, at the Peninsula Regional Medical Hospital in Salisbury, Maryland. She was the daughter of Elisabeth “Lizzie” Benson Redding of Princes Anne, Maryland, and James Hayward. Agnes was eight years old when her mother passed, away and she was raised by her brother and his wife James and Helen Redding of Prince Anne, Maryland. She was also raised by her brother William Redding and Elizabeth Waters of Cambridge, Maryland, and attended Somerset High School. After graduating from high school, Agnes returned to Cambridge, Maryland, where Ms. Elizabeth Waters-Young continued to raise and cherish her as a daughter throughout her life.

In her earlier years, Agnes was a member of the Elks Lodge. She was employed at Clayton Crab House for several years and the Airpax Company for 22 years in Cambridge, Maryland before she retired.

Agnes was the rock that held the family together, and she will be greatly missed.

Click to download / open
To order memorial trees or send flowers to the family in memory of Agnes Jenkins, please visit our flower store.