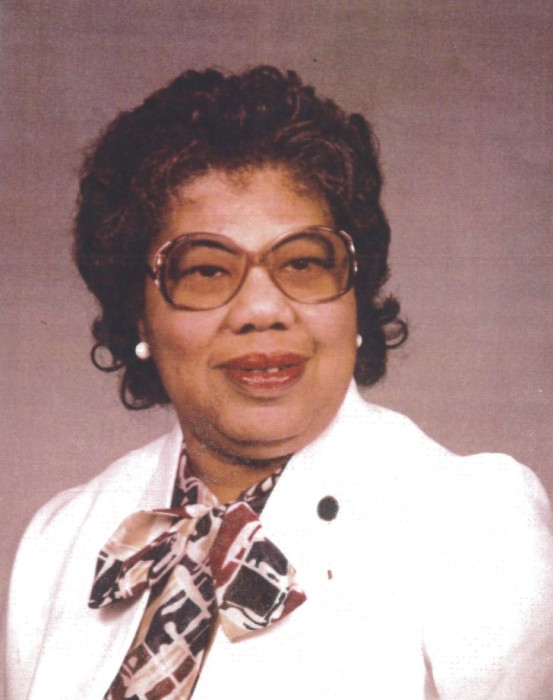 Mrs. A. Elizabeth Cornish was born February 6, 1929 in Cambridge, MD to the late Verbie and Johnanna Cornish. She departed life as she lived peacefully and quietly at the Chesapeake Woods Nursing Center on Monday, January 16, 2017, being 87 years old. She was the 11th of 11 children born to her parents.

Mrs. Cornish was a retired Food Service Assistant and served as Manager/Supervisor of a Patient/Employee Cafeteria at the Eastern Shore Hospital Center, Cambridge, Maryland for 22 years. Prior to her employment at the ESHC, she worked at Bogash’s Sewing Factory as a sewing machine operator for several years and was an excellent seamstress. Mrs. Cornish also was employed at Airpax Electronics as a machine operator for several years.

She received her early education in the Dorchester County Public School System graduating with the Class of 1944 of Frederick Douglas St. Clair High School. Elizabeth was very active in her high school class serving on the Reunion Steering Committee for all reunions. She also attended Morgan State University for two years.

Elizabeth received her early religious background at the Christ Race/St. Luke United Methodist Church, Cambridge, Maryland. She became a life-long member of St. Luke U.M. Church for over 65 years. She was a huge supporter of her church serving in the following capacities: Senior Choir (President for 15 years), Sunday School Superintendent and teacher, Lay Delegate to the Annual Conference, SPRC Committee member, member of Administrative Council, United Methodist Women, Ministry on Missions, Building Fund, Women’s Day and Homecoming Committees. She dearly loved St. Luke and her brothers and sisters of the church. Elizabeth gave unselfishly of her finances to support all programs and ministries of the church.

Elizabeth served the community while volunteering her gifts and talents in the MD. District. Grand Lodge 14 and Household of Ruth #27 where she held the position of Treasurer. She also was a member of the Flying Needles Club. Elizabeth also holds memberships in Friends of Stanley Institute where she received recognition and award at a Banquet on Sept. 12, 2009. She was also one of 14 seniors honored at a Senior Banquet on Aug. 9. 2014 sponsored by St. Luke UM Church. Elizabeth was a superb cook and held holiday dinners at her home for her family. She loved arts and crafts and adorned her home with them.

On June 20, 1958, Elizabeth was joined in holy matrimony to Clarence Cornish. Elizabeth was a loyal and loving wife to her husband Clarence. Throughout her sickness, Elizabeth always kept the faith and sense of humor.

To order memorial trees or send flowers to the family in memory of A. Elizabeth Cornish, please visit our flower store.