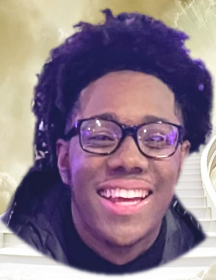 A’Corie Lavelle Young departed this life on Apr 10, 2022 in Cambridge, MD at the young age of 20. Although his length of time with us was small, his loving impact on us was huge. He was affectionately known as “Corie” in the family and “Cee” in the community.

Corie was born to Carla Young and Darryl Glenn in Easton, MD on February 12, 2002. He was the baby brother of three children at home and they raised Corie like their own. As a little boy, he loved basketball and started playing point guard at the young age of 7. Corie was a member of Cambridge-South Dorchester High School, Class of 2020; where he was a proud “Viking” and played on the Varsity Basketball team.

Corie lived by the saying “Ball is Life,” and he played a good game of recreations throughout the years starting with Youth League Basketball, Mace’s Lane Middle School Boy’s Basketball team, AAU Basketball teams, and the Varsity Basketball team at CSD. Lastly, Corie spent his latest years growing into manhood and working at Egide Manufacturing Company, where he loved his job.

Corie had a love for music that was obviously deeply rooted in his family. He would stay home and play the game or write rap music to creatively express himself. He wrote over 30 songs and had 22 songs published on iTunes, where his latest rap album is titled “I Got Potential.”

Click to download / open
To order memorial trees or send flowers to the family in memory of A'Corie Young, please visit our flower store.