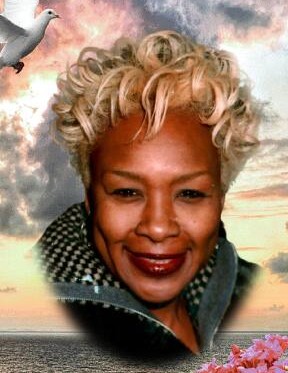 Y’Vette Bonita Young was born January 15, 1955 to Thelma Mary Alice Young and Ralph James Young Sr. in Cambridge, Maryland.  She departed this life on Wednesday, September 15, 2021 at St. Francis Hospital in Wilmington, Delaware at the age of 66.

Y’vette move to Wilmington, Delaware in 1980, and was offered employment by Florence Gaines as a beautician at LeRoy’s Hair Salon.  She was mentored by the manager, Ruth Grant.  Y’vette became the owner of Y’vette’s Hair Studio in 1987 where she worked untiringly, tenaciously and with perfection.

Y’vette was united in Holy Matrimony to Jerome Saunders on June 27, 1998; having known each other for more than 50 years.  To this union, Y’vette adopted two beautiful daughters, Kamilah and Katina Saunders whom she loved dearly.

Y’vette accepted Jesus as her Lord, Master and Savior at St. Paul U.A.M.E. Church on January 11, 2009.  She continued to follow the path of righteousness, trusting, praying and looking to Jesus the author and finisher of her faith.

Y’vette was a creator in a wide spectrum of arts-water, oil and acrylic paintings, theme decoration for each season inside and outside the home that beautified her neighborhood.  She won the Delaware Center for Horticulture Award for the Garden Contest in Wilmington.  Her art was displayed at Brew HaHa.  She was also a lover of animals which she fed and provided their own personal, customized animal sanctuary on the porch and backyard.

To order memorial trees or send flowers to the family in memory of Y'vette Young-Saunders, please visit our flower store.