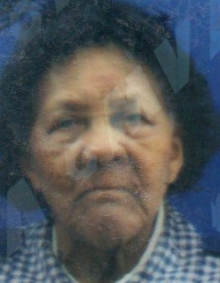 Bravard’s and Rose’s union was blessed with three children, two boys and a girl.

Sarah formed a union with the late Leroy Matthews Spicer and from that union, there were three children, two girls and one boy.

Sarah received her education in Cambridge Maryland at Maces Lane Middle School up until she reached the 9th grade.   In her day and time, once you became pregnant and had a baby, you were considered to be a “woman” and could not go back to school.

Sarah was preceded in death by her eldest daughter Gladys in 2016.

Left to mourn her passing, but celebrate her gaining her heavenly wings are her two children, Violet Marie Spicer of Baltimore, Maryland and Stewart Spicer of  Cambridge, Maryland; grand children Riza and   Cassandra(Stewarts children) and Lanaya Marie Spicer(Violet’s daughter); two great-grandsons; best friends and partner for over 40 years Madgline Bright, and  host of nieces, nephews, cousins and friends.

To order memorial trees or send flowers to the family in memory of Sarah Spicer, please visit our flower store.