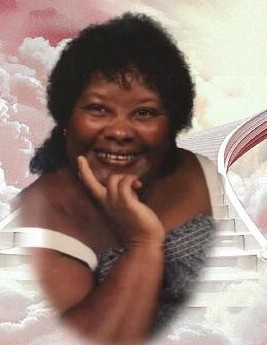 Joanne M. Winston Tabron, 71, of Preston, MD departed this life on August 31, 2021 at home where she resided with her daughter Lynn Winston & granddaughter Rick'iah Keyser.

Joan was born October 9, 1949 in Easton, MD to the late Mary A. Wilson and Freddie Camper. She finished her education in Talbot County. Joan worked various jobs such as the tomato factory at a young age, Bumble Bee Tuna, various poultry plants over 40+ years, Black & Decker (2yrs), Star Democrat, and she had pre- retired and returned back to her last occupation at Allen Harim Foods.

Joan was known to the community as " Mom Joan " to all that came in contact with her. She had always had that affectionate smile and good advice for anyone that needed it.

She enjoyed watching wrestling, Law & Order SVU, NCIS, and all Madea movies & shows. She was known for her famous Homemade Applesauce Cakes. She enjoyed being around family and friends and riding out to the stores, especially Wal- mart & Dairy Queen to get her pint of twist ice cream until her health started failing her. You would always see her with her favorite snacks    L&M' s (M&M's) as she would call them & her cheesy puffin corns.

She was preceded in death by her first born son Ronnie Curtis (16 months), her mother Mary A. Wilson,  father Freddie Camper, her brothers Freddie Camper Jr., Reginald Freeman and host of other family members.

She is survived by her daughters Lynn Winston of Preston MD and Virginia Whittington of Easton, MD; granddaughters Rick'iah Keyser & Monique Thomas; one grandson Antonio Harris;      6 great-grands; a " special son " Michael D. Collins and a “special daughter” Audra Gordon; special friend like a sister Barbara Cornish; all of " Mom Joan’s" community children that were close to her; 4 sisters, Doris ( Charles) Tilghman of Georgia,  Sheron Redd, Glenda Camper, and Shirley Copper all of Easton;  4 brothers Walter ( Theresa ) Winston  of Preston, MD, Wayne Camper, Antonio ( Angie) Camper  all of  Easton, MD,  Tyrone ( Ty) Camper of Baltimore, MD and a host  of nieces, nephews, & other family members and friends.

To order memorial trees or send flowers to the family in memory of Joan Tabron, please visit our flower store.